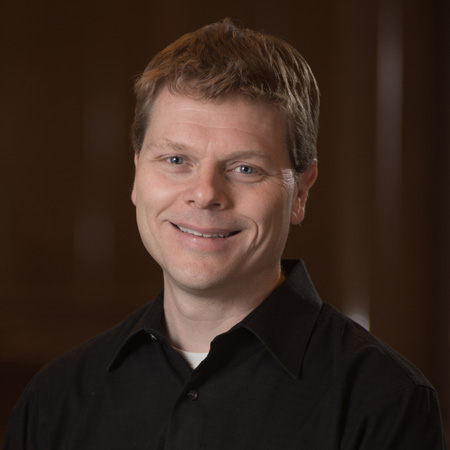 JAMES BURRITT is an active member of the musical community of Buffalo, NY as performer, conductor and teacher. He has degrees in Vocal Performance from the State University of New York at Geneseo, and the University of Maryland at College Park. He currently teaches vocal music at Lewiston-Porter Central Schools in Youngstown, NY.

In 2002, Mr. Burritt founded the Vocális Chamber Choir, a select ensemble of dedicated professionals based in Buffalo, New York. Vocális is committed to performing great a cappella music of all eras, and to cultivating an awareness of the art of choral singing. The choir strives to inspire, educate and enlighten our audiences through an intimate and moving concert experience. Now in its 21st season, Vocális has established itself as one of the finest choral ensembles in Western New York.

Each season the choir presents a series of subscription concerts in some of Buffalo’s most beautiful architectural and cultural landmarks, and actively seeks out unique collaborative opportunities with the thriving arts community of Western New York.

Vocális’ programming is wide-ranging, presenting choral masterpieces and a cappella gems from throughout the ages. Vocalis has performed regularly with members of the Buffalo Philharmonic Orchestra, the Buffalo Chamber Players, the Western New York Chamber Orchestra, and at the Music Niagara Festival in Ontario, Canada. The choir strives as well, to support new compositions, including commissions by composers Andrew Smith, Caroline Mallonée, Michael Slon, and Don Macdonald.

In the summer of 2014, Vocalis toured England, with engagements at Southwark Cathedral, Grosvenor Chapel, the Old Royal Naval College Chapel, Ely Cathedral, and the Cambridge Summer Music Festival. Building on the success of its England tour, Vocalis hosted internationally renowned choral composer Ola Gjeilo in a concert of his music, reprising the concert at Merkin Hall in New York City.

The choir’s Choral Connections Series continues to create exciting musical events to draw our audiences closer to great choral artists. In June of 2016, the choir continued its diverse programming with performances of Cary Ratcliff’s Ode to Common Things, under the direction of the Grammy nominated composer. In 2018, the choir welcomed internationally acclaimed choral composer Bob Chilcott to Buffalo for a three-day educational residency and performed at the ACDA Eastern Region Convention in Pittsburgh, PA. Vocalis’ 20th anniversary season celebrated the art of choral composition by connecting our audience with WNY choral composers Roland Martin, Caroline Mallonee, Michael Slon, and Carrie Magin. Season 21 continues this endeavor as we welcome internationally renowned choral composer and conductor Jake Runestad to Buffalo.

Vocális members are music educators, church musicians, and other talented professionals from Buffalo, and beyond who share a love for quality choral performance.

OUR BOARD OF DIRECTORS

Formed in 2007 to provide administrative guidance, our active volunteer board is committed to furthering Vocális’ mission.

Vocalis Chamber Choir is a 501(c)3 non-profit arts organization. Gifts in support of our mission are greatly appreciated and tax deductible.
The Vocális Chamber Choir, a select ensemble of dedicated professionals based in Western New York, is committed to performing great a cappella music from all eras, and to cultivating an awareness of the art of choral singing. We strive to inspire, educate, and enlighten our audiences through an intimate and moving concert experience.

Vocális Chamber Choir is supported in part with cultural funding from the Cullen Foundation and the New York State Council on the Arts. Thanks to County Executive Mark Poloncarz, Governor Kathy Hochul, and the Erie County and New York State Legislatures for their continued support.